No Detour From Calvary 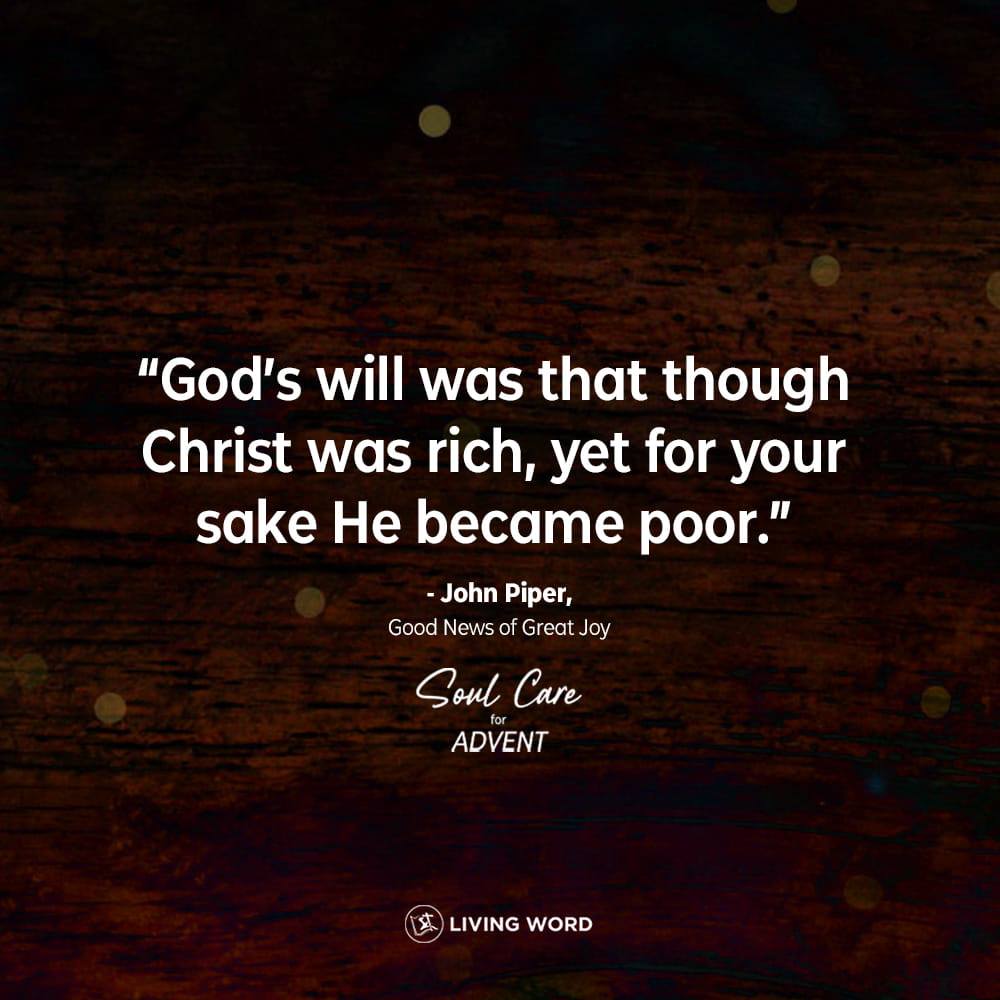 Now you would think that if God so rules the world as to use an empire-wide census to bring Mary and Joseph to Bethlehem, he surely could have seen to it that a room was available in the inn.

Yes, he could have. And Jesus could have been born into a wealthy family. He could have turned stone into bread in the wilderness. He could have called 10,000 angels to his aid in Gethsemane. He could have come down from the cross and saved himself. The question is not what God could do, but what he willed to do.

God rules all things—even motel capacities—for the sake of his children. The Calvary road begins with a “No Vacancy” sign in Bethlehem and ends with the spitting and scoffing of the cross in Jerusalem.

We join him on the Calvary road and hear him say, “Remember the word that I said to you, ‘A servant is not greater than his master.’ If they persecuted me, they will persecute you” (John 15:20).

To the one who calls out enthusiastically, “I will follow you wherever you go!” (Matthew 8:19). Jesus responds, “Foxes have holes, and birds of the air have nests, but the Son of Man has nowhere to lay his head” (Matthew 8:20).

Yes, God could have seen to it that Jesus have a room at his birth. But that would have been a detour off the Calvary road.